The NO MAFIA ROUTE, a tour inside the historic center, the stops of which can offer the starting point for a reflection on the history of the mafia phenomenon and the fight against the mafia. During the tour you will be accompanied by a licensed tour guide from the Sicily region, who will explain the origins of the mafia phenomenon, the anti-mafia phenomenon and the social and anthropological implications. The starting point is the NO MAFIA MEMORIAL museum in Palermo, the highest example in the city that best explains the mafia phenomenon and the anti-mafia. The museum is located inside the historic Gulì palace, along the oldest street in the city, the Cassaro. The museum, managed by the CSD (Sicilian center of documentation) Giuseppe Impastato of Palermo through some photographic exhibitions deals with different themes: banditry, the history of the Giuliano gang, the Portella della Ginestra massacre, up to the mafia war and drug trafficking . Particular attention also to mafia crimes, state killings and the history of the anti-mafia. A fundamental part of the museum is dedicated to the figure of Peppino Impastato. Furthermore, since the Memorial is a dynamic container in continuous evolution, the museum itinerary is integrated with new temporary exhibitions. The tour continues inside the historic center to discover the origins of premafia phenomena and the history of one of the illegal mafia activities such as “lace”. Another key location of the NO MAFIA tour will take place within the ancient Kalsa district, where the two magistrates FALCONE and BOROSELLINO lived. Then to reach Piazza Marina, which was the scene of one of the oldest and most famous mafia crimes, the one that had JOE ‘PETROSINO as its victim. The route ends at the tourist port of Cala in front of the recent MURALES dedicated to the two heroes in the fight against the Mafia: Falcone and Borsellino.

VISIT TO THE MUSEUM (MEMORIAL OF PALAZZO GULI ‘): 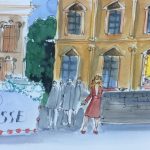 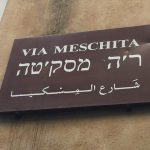